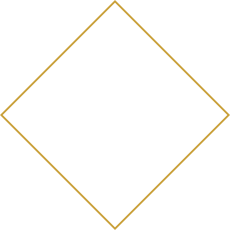 Diamonds, sapphires, rubies and emeralds are the only four gems to be considered as precious stones.

Antiquity attributed to the sapphire protective virtues with regard to its owner. In the Middle Ages, sapphire symbolizes Heaven among the members of the clergy who wear it to the right hand, the one who blesses. In general, purity, truth and justice are qualities attributed to the sapphire, which must naturally be the echo of the wearer. In addition to the virtuous properties it is granted, the blue color of the sapphire is also associated with royalty, especially when it is known that it is this precious stone that Lady Diana wore on her finger as an engagement ring. Emblematic figure well-liked beyond the British borders, the Princess of Wales has widely popularized the wearing of the blue sapphire with the young fiancées.
Sapphire and ruby ​​belong to the same family of corundums, which are so-called "allochromatic" stones: this means that their color is given by foreign substances which are generally sapphire chromium, iron or titanium. Contrary to what one may think, the color of the sapphire is not only blue: even if this color is probably the most sought after because the best known sapphire knows the entire palette of the rainbow With the exception of red, reserved for ruby.
Even if this precious stone comes from mine scattered throughout the world, those in Asia offer among the most beautiful varieties: Kashmir and Burma hold sapphires of a deep blue and velvety much sought after connoisseurs. Although these mines produce very little material today, those found in Sri Lanka (Ceylon) and Madagascar are among the most widespread today. Their color varies from light blue to dark blue.

Sri Lanka
Approximately 3.93 carats
There are also beautiful deep blue specimens in the Pailin region of Cambodia and Kanchanaburi in Thailand. Among the other sought-after colors of sapphire, the extraordinarily orange-pink "padparadscha" from the Sri Lanka mines is in a good position, as are the pink sapphires from Australia and Africa.

Padparadscha
The sapphires are not born equal in nature: from their extraction, some possess a velvety blue very appreciated by the buyers. Others are paler, or very dark. In order to give a more intense color to the lighter stones, man has since ancient times found the solution by heating the stones in ovens suitable for these uses. By modifying the state of oxidation of the impurities of iron and titanium, the heat gives a superb blue color to the almost colorless sapphires. This known ancestral method does not alter the nature of the stone is not considered a fraudulent treatment. A gemmological lab certificate will let you know if you are facing a heated or unheated sapphire.

Stone of warriors, the fiery color of ruby ​​reveals the courage of its wearer, but also protects him against injuries during battles. But red is also well known to be the color of love and passion, and is the symbol of life by its flamboyant color. Although rubies and sapphires belong to the same family of corundums, rubies are rarer than sapphires because of chromogenic elements. The red color of the ruby, due to chromium, varies within the same mine making it impossible to determine the provenance by simply examining the color. Among the most sought after colors, one often hears the word "pigeon blood" which applies to very intense reds with a blue tip.
If inclusions are more present in this type of corundum than in sapphires, they are the guarantee of a natural ruby, to be distinguished from synthetic rubies. Thus, the inclusions called "silks" and also found in the sapphire brings a soft and velvety effect giving a shimmering aspect to the stone.

The most exploited mines are those located in Myanmar (formerly Burma), Thailand (Siam), and Sri Lanka (Ceylon). Nevertheless, in recent years they have emerged sites in Vietnam or in Kenya and Tanzania able to compete with Asian gems. The Mogok deposits in Burma provide only 1% of ruby ​​"pigeon blood" exploitable in jewelry, which ranks them among the most precious and sought-after stones. In Thailand, deposits in the Chanthaburi area have a color that shoots brown or purple.
Finally, from the Ratnapura area in Sri Lanka are extracted stones ranging from light red to raspberry red. However, as we have seen above, a mine is not determined by the red it gives to its rubies. Thus, any deposit has a potential that must not be neglected by the mere fact of its origin. Similarly for sapphires, rubies can be heated in order to improve their appearance. These thermal changes are accepted but must be notified.

Cleopatra, it is said, would have been a great amateur of emeralds and would have liked to collect them, which was facilitated by the fact that the first mines of emeralds discovered were in Egypt, near the Red Sea. Pliny the Elder also appreciated this gem, and spoke of it saying that "no other color is more pleasing" than this "soothing" green. Symbol of immortality and belief, it was said of the emerald that it was broken at the first sign of marital infidelity.
The emerald belongs to the beryl family in the same way as morganites, aquamarines, or heliodores. However, it is distinguished from the latter by being composed of chromium and / or vanadium. It is also considered as a gemstone in the same way as diamond, ruby ​​and sapphire. Emeralds are rightly seen as relatively fragile stones, mainly because of the inclusions that make it up and make them unique stones. The emerald cut (rectangular with cut and graduated sides) is perfectly adapted to this gem in order to make it less vulnerable to shocks

Until the discovery of the Americas, the Egyptian mines placed between the Nile and the Red Sea were the only known. Colombia became famous thanks to the mines of Chivor and Muzo already exploited by the Incas, which produce the emeralds considered as the most beautiful in the world. Since then, other sources have been exploited, notably in Siberia, in some African countries (Zimbabwe since 1955, Zambia and the Transvaal region), but also in Brazil since the 1980s. Brazil provides clearer emeralds than The Colombians, with a green pulling on the yellow, but less inclusive than their neighbors. They are also found in India and Pakistan.
Other smaller mines are present in Afghanistan, Australia, Madagascar and Tanzania. As we said above, emeralds are unique in the inclusions that compose them. Since ancient times, emeralds have been soaked in colorless oil when inclusions are placed on the surface of the gem to improve its appearance. This common, legal and universal practice makes it possible to fill cracks and make them less visible, provided that it is a colorless oil. Another resin-based treatment can be applied to emeralds, but remains more contested especially if the resins harden and remain frozen inside the stone. A certificate from a gemology lab will indicate whether the stone has been oiled and / or resined.

Emerald of Colombia
Approximately 7.15 carats
We use cookies to improve your browsing on our site. Continuing your visit, you accept our data use policy. OK